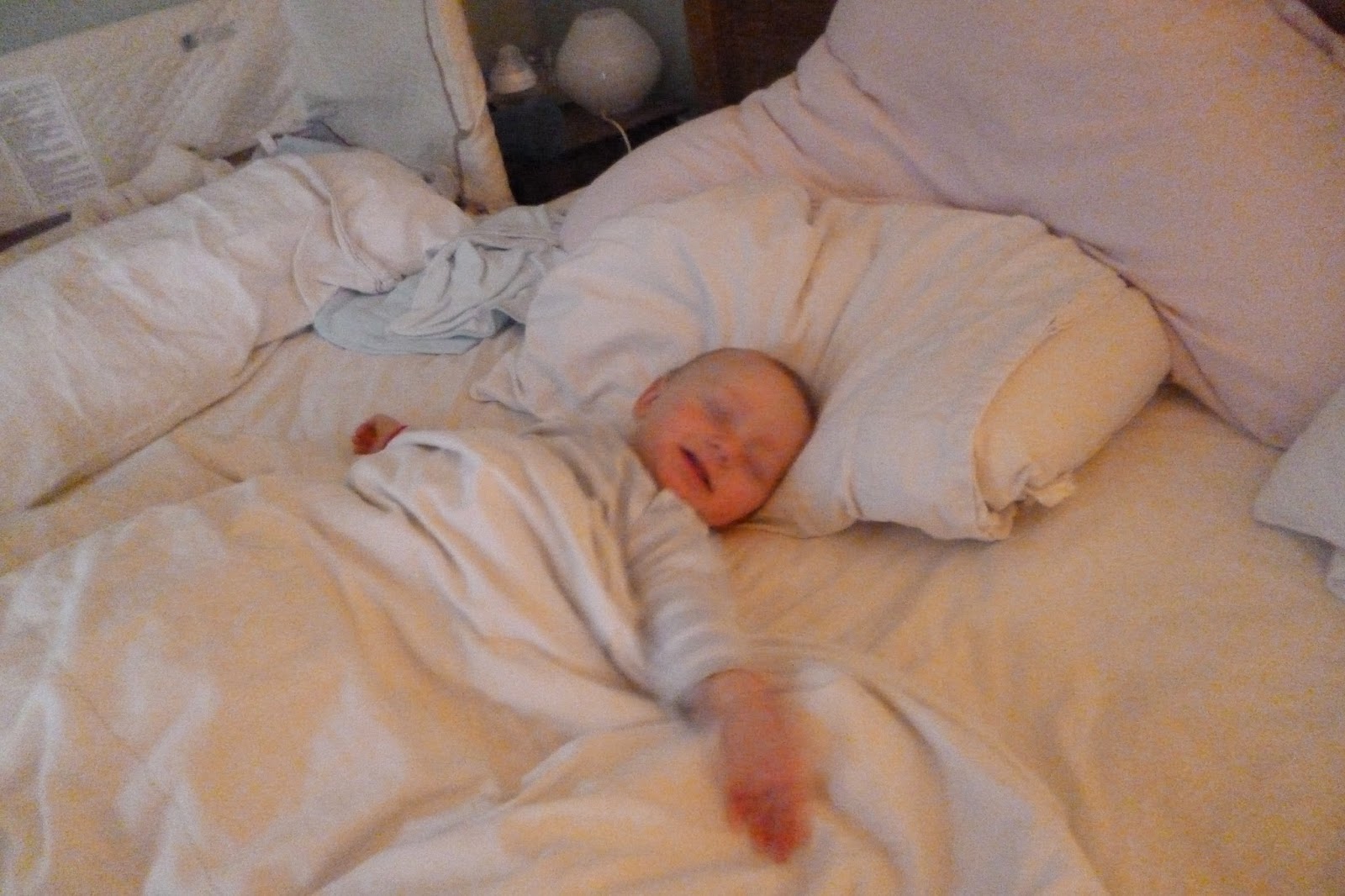 I remember finding an article some years ago while flicking through my mother's copy of "Good Housekeeping", (not sure that's a feminist read!) The article was called something like "The love affair which can never end in marriage..." and showed pictures of women with their young/teenage sons. "Ugh, wierd!" I thought and flicked on.

As an adult, I am starting to realise that some mothers do seem truly devoted to their sons. Thinking of my father's mother, my husband's mother and my aunt who all had a pair of boys each, their boys were and are their pride and joy. Their boys apparently need them in a way that women with daughters do not recognise, they are worth every sacrifice and are worshipped/waited on as perfect yet somehow helpless and vulnerable beings. Now the mother of a daughter and a baby son, I feel that I am in the prime position to compare my feelings towards my children. Is this son worship inevitable? Or just the domain of some boy-obsessed mothers?

While my daughter is a spirited and demanding soul, from a young age I certainly believed in her ability to survive without me. She had a strong relationship with her dad and a great child-minder and I went back to work when she was 7 months old. In fact, I even did 5 shifts when she was a mere 11 weeks old, expressing breast milk in an empty cubicle. (Yes, that does seem a bit crazy to me now!) I am always worrying about her well-being while at the same time pushing her onwards. She was expected to walk to playgroup from the age of 18 months, in a toddler bed before the age of 2, encouraged to climb the insurmountable. I remember my mother saying that I always seemed so grown up when I was little. She herself was apparently pushing her baby brother round town in his pram at the age of 6 (a different era!)

By contrast, my son, now at the grand old age of 8 1/2 months, I am sure needs me. He is certainly clingier; he will tolerate being held by others for a brief moment but soon reaches for his mummy, a picture of woe. I do leave him with a babysitter for an hour if I need to or for the odd evening out but I seem to be much softer with him. There is the possibility of leaving him for a night for our wedding anniversary. I am trying to fight the rising panic!

I wonder if it is about how women feel when faced with the male OTHER. We feel pretty sure what girls are capable of because we ourselves were once girls. We know we have qualities of endurance and strength. We have to get on with it. To me, men can sometimes feel like an alien species who live in very close proximity. (Sorry if that sounds a bit Men are from Mars, Women are from Venus-ish; I went to an all-girls school, I was brought up to view the male as a mystery!). Men may seem stronger in some ways, in other ways weaker. In my grandmother's house, a favourite line was "Will he have a cup of tea?". This could be interpreted as women anticipating men's needs as slaves to their masters. Alternatively it could be viewed as the matriarchy in action. Why bother asking a man what he wants when his significant other is bound to know better than he himself, rather as a parent answers for their child as to whether they need a biscuit or a carton of juice. My mother asked me yesterday how my husband likes his tea, although he was sitting much closer to her than I was! Of course, I was thinking, well he takes one sugar but it would be better for his teeth and his waistline to have half. They need us.

Then there's boys as the image of physical perfection. Germaine Greer's 'The Boy' refers to the young male throughout art, sculpture and literature as the object of devotion and desire. She says 'I'd like to reclaim for women the right to appreciate the short-lived beauty of boys'. My husband's mother often refers to her sons as beautiful, which I'm sure they won't mind me saying is true to an extent but they aren't exactly Greek gods. My parents never said anything like that about us girls. Of course, they probably didn't want to reduce us to the sum total of our physical attractiveness... but also it would just seem odd to brag about your beautiful daughters. The worship for the son is somehow more socially acceptable. Or maybe we just weren't very attractive!

And finally, there is the brevity thing. Boys need us intensely when they are young but then they fly the nest. Girls seem more likely to stay in touch, come home, remember birthdays, send a card...mothers of boys often seem to be on the begging end, hoping for a scrap of attention, a phone call. Of course, this is gender stereotyping at its worst but may be familiar?

Now, who knows if I am interpreting my feelings for my son correctly? It is easy to mis-remember differences between children, what they did, what you did...maybe I feel my son needs me more because he is my younger child? I hold no illusions about his beauty, he looks like a little frog to me. But he is my little frog. And whatever the reasons, I am certainly besotted with my boy.