Is it ever OK to be financially dependent on a man? 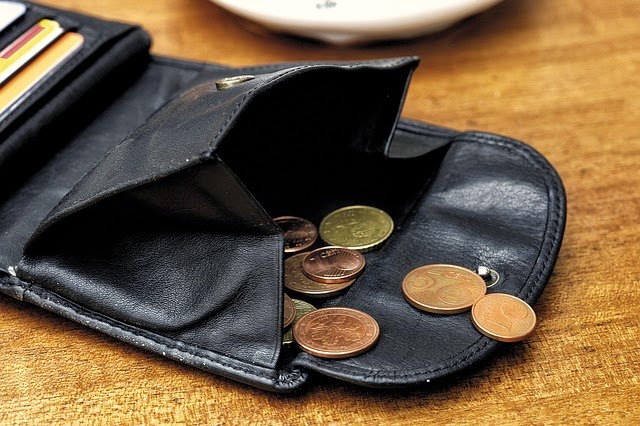 In my feminist mother's opinion, the answer is an emphatic "no", you should never give up your independence. For a woman to support a man for a period of time, however, maybe to pursue further training or something worthwhile, is uber feminist and kickass.


This month I decided not to return to my nursing post in London at the end of my maternity leave. For the first time since I began babysitting at the age of 14, I have found myself in a position of not bringing in my own money. Admittedly, earning £2.50/hour in my teenage years was not exactly bringing home the bacon but it is that first bite of sweet independence that you never lose the taste for. Suddenly, by giving up nursing, I have no income, merely pitiful savings and a student loan to pay off. There are many good reasons for not continuing that job - the 12 hour shifts, the nights, the sheer exhaustion of a 4 hour round trip from Kent, the childcare issue. There are not so many for not working down here - there are 9-5 community posts within my district which are doable, though the wage that I would bring in (without antisocial hour payments, London weighting etc) would of course be negligible in relation to the childcare costs for two children. Though an important fact to mention as Fiona Millar points out (see books section) is that the mother's wage cannot be the only one in this calculation:

As childcare costs escalate however, it is the simple truth that for many families it simply does not pay for both parents to work and it is usually the mother who does not return to work after maternity leave. Some would say these mothers are very lucky to have the option to stay at home with their children but it is this sudden lack of choice in the matter that can be massively dis-empowering and I would argue, socially regressive. In my situation, the money I would bring in would make very little difference to our finances. Of course, it would help me continue my career and maintain my skill set, but actually the "making a valid contribution to the household" bit is pretty important too. The transition from a partnership based on two incomes to a family living on one has major implications for the standard of living, self esteem and stress levels of both partners as what were once shared financial and domestic responsibilities become re-configured.

So I could apply for a post which gives me that bit of financial independence and put the kids in childcare or choose to spend more time with my children and settling into our new community, effectively becoming that retro figure and feminist object of pity, the housewife. The answer to this question is likely to change in a year's time or in three years time when the kids are at school but right now, it would seem churlish to go through the whole wrench of leaving young children to effectively work for pocket money. But, as my mother would point out, that pocket money is important. It's about never having to ask a man for money. I suppose I get round that by not asking. We have a joint account and I jokingly refer to myself as the "supplies officer". I don't go cap in hand for my housekeeping money. I just get out the cash I need to buy the kids' clothes, the groceries, pay the bills and if there's a bit of make up in there for me, I reckon that's ok. I guess the bigger problem is when I want to be able to buy larger things or when we disagree about how money should be spent. Suddenly its not "ours", it's "his", in my mind at least.

I'm not sure what the solution is. I guess not having money of your own is hard whether you are the male or female in the partnership because it does render you the weaker partner, at least in others' perception, if not your own. A female acquaintance referred to a friend's partner who took on a lot of the childcare as a "kept man". Money is power. In austerity Britain there is less of it floating around; less freelance work, less overtime, fewer opportunities to earn that bit on the side to help you keep that shred of independence and make that financial contribution. And I haven't even mentioned reduced pensions or national insurance yet! So it is always going to be a personal decision about how much that matters. There is of course the issue of the back up fund, that secret wad of notes every woman should have just in case their partner turns into a violent abuser or you want a divorce or you just need to escape for a weekend, however unlikely it may seem now. Damn it, I should have got that sorted before I gave up work!

The much talked about "yummy mummies" who apparently do nothing at all, make no contribution to their community, refuse to help at their kids' schools or support local charities but spend their lives shopping and having facials are probably quite few and far between. No one likes a parasite. That's why whatever you do, if the resources shared within the household allow you to care for your children, support your community, participate in civil society then isn't that valid? Until sharing work is a more feasible option, I vote go with whatever makes you happy. In my house we could find a way to accommodate me working logistically, but as we're both knackered most of the time and are settling into a new place with all the challenges that brings, I know we all as a family are happier with a parent at home to steer the ship. Living amidst a thriving network of young families, I'm happy for that parent to be me. Not forever, but definitely for now.
Posted by Feminist Mum at 21:52