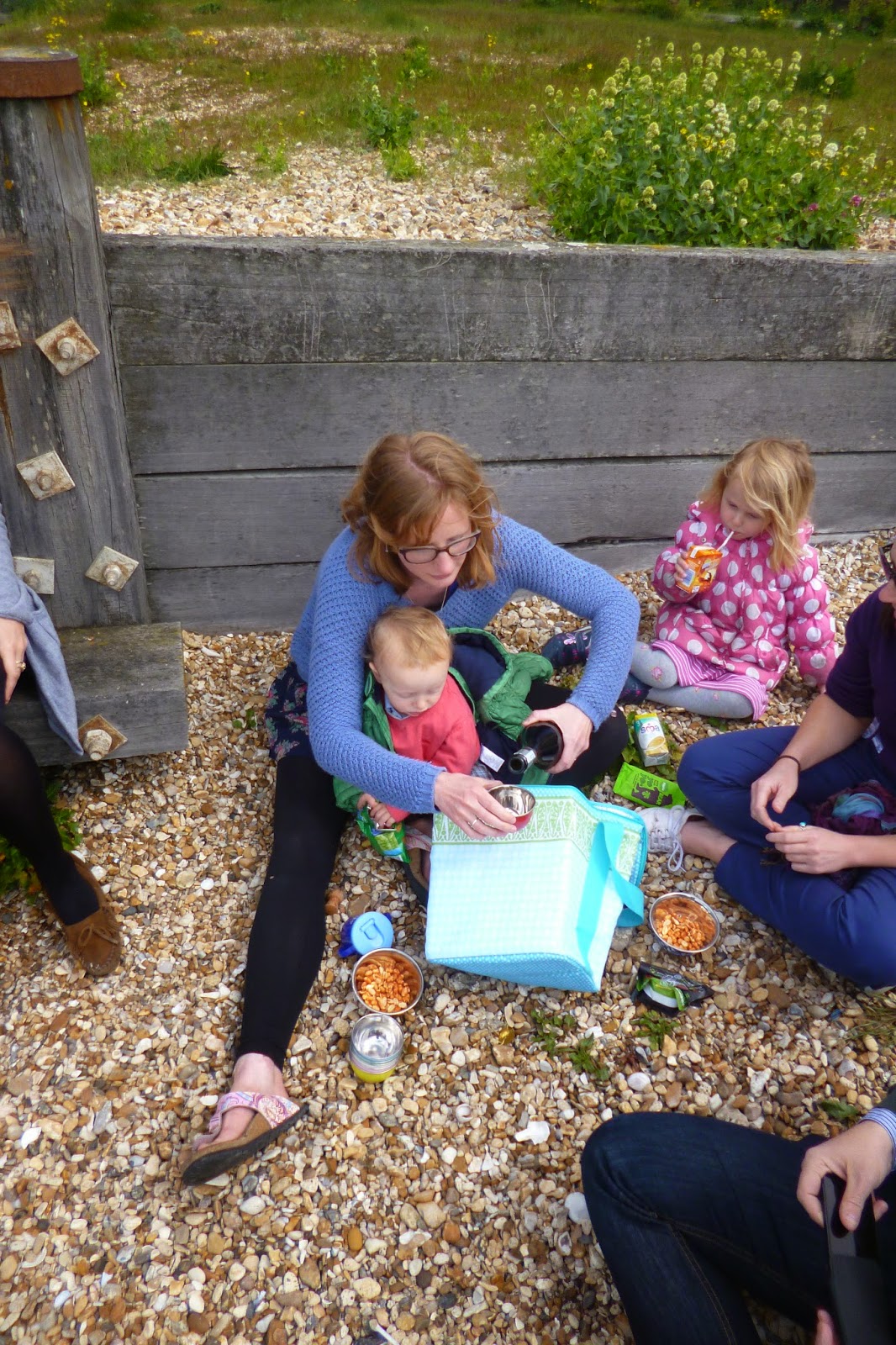 There has been a lot of controversy lately about "Motherism". This seems to be about negative attitudes towards women who stay at home to raise their children. After reading Zoe Williams' article in the Guardian back in October, Do stay-at-home mothers upset you? You may be a motherist, I have realised that I was and, I must confess, still am a "motherist".


As a child of a working mum, I always wondered about mothers who stayed at home. I was a bit jealous when my friends were picked up from school but then, I thought, why aren't their mothers doing something proper? I was sure I would never end up something as boring as a stay at home mum. After my first child was born, I was a working mum and was shattered beyond belief all the time. Now at home with my two kids I am still shattered and endlessly tossed in a sea of self-doubt, split between the feeling of "Isn't this lovely, aren't they amazing, this is such a privilege"to "How did this happen? This wasn't the plan. I've got qualifications!"

Motherism seems to be a backlash against the perceived world of the smug mummy, the mummy blogger, the women who appear to have so much time on their hands they can swan around writing about the joys of motherhood on laptops, taking photographs of their children and drinking lattes rather than contributing to the economic recovery. Catherine Deveny wrote, also in the Guardian, "Sorry, being a mother is not the most important job in the world". Deveny argues that motherhood should not be put on a pedestal, it is a relationship. It is not as hard as working for 16 hours a day in a factory in Bangladesh or as important as being a surgeon saving lives every day. Mothers, should in fact, get over themselves.

Motherism is not just about stay at home mums. It can also be directed at mothers who work part time, full-time or who are doing pretty much anything. As Zoe Williams puts it,

"I think the only way you could gain approval for your time-management, as a mother, would be to look after your children all the time as well as working full-time but for some socially useful enterprise (ideally voluntary work), while never relying on a man for money, yet never claiming benefits either, but God forbid that you should have a private income".


Debate across the ole fish pond is equally as polarised, if not more so. On the one hand, we have a recent article by an American feminist writer, Amy Glass, entitled "I look down on women with husbands and kids and I'm not sorry" causing international outrage amongst parents with her argument "If women can do anything, why are we still content with applauding them for doing nothing?" On the other hand, we have James, a "bearded lawyer", writing an impassioned piece on his blog arguing Why My Wife's Job is Harder than Mine.

Motherism seems to declare that motherhood is not important or worthwhile and frankly, taking a career break to raise your kids is smug, pointless and a betrayal of the feminist sisterhood. Far better to be getting promoted up the career ladder or travelling the world than wasting your life tied to the kitchen and small beings. If you hold this view, claiming to be a "Feminist Mum" is pretty much a contradiction in terms.

You will not be surprised to hear that I take issue with a few of these assumptions.

1. Taking a career break to raise kids is essentially anti-feminist.

I see feminism as about women having choices, be that in terms of education, career paths, sexual and reproductive rights or family arrangements. It is interesting that raising kids is seen as the easy option. After all those years of feminism, you throw it all away by putting your feet up at home or worse, appearing in coffee shops, with your offspring in tow.

I won't rant here about how hard it is, suffice to say I have worked 13 hour day and night shifts as a paediatric nurse on a busy ward with high dependency patients and would still view that as a more relaxing option over being at home with my own kids. The key thing about parenting is that you are entirely responsible for another being's health and wellbeing and that small being is not actually that grateful for or interested in co-operating with your efforts. Not for 16 hours a day. For 24 hours a day. Parenting badly is not easy. Even if you chain smoke and have telly on 24 hours a day, you still have to feed them and change nappies and take them places. Parenting well, making an effort to stimulate and engage them, being patient and sympathetic, is bloody exhausting. And although I use the "stay at home" phrase, I'm hardly ever at home. Kids need airing like dogs need walking.

The thing is, there are tough choices in life. I might want to be getting promoted or backpacking in Asia (as Amy Glass argues would be a better use of my time) but it's actually pretty difficult to raise a family at the same time. Especially in nuclear families without extended family providing free childcare. Is having children at all anti-feminist? Sometimes you have to prioritise and make sacrifices. At the moment, life is about the kids because they are small and I believe they need a parent around. I want that parent to be me. This doesn't mean I won't go back to work or travel or do other things at another point in my life. And even if I don't, what business is it of anyone else?

If you choose to stay at home, it can feel like you are overwhelmed by the double whammy of sexism from men and motherism from women - you are eternally failing as both a woman and a mother, whatever version of juggling you go for. Being a feminist is about having the confidence to stand up and say about whatever you choose to do, "This is my choice and I respect your right to choose too". Sorry if that makes you want to "vomit" Amy Glass!

Catherine Deveny argues that mothers' work is clearly not that hard and not very important. I would agree that female parenting should not be privileged over male parenting. But parenting in general is actually pretty bloody important. As infants, our earliest relationships influence our brain development, putting in place neurological pathways that affect our emotional well-being in later life (Sue Gerhardt 2004). How we parent tiny babies will have a significant impact on how well they are able to function in society as adults.

And do doctors and lawyers and accountants and actors and other terribly successful people in the upper echelons of society emerge from a vacuum? No, somewhere in the early recesses of time, someone akin to a parent has nourished them, clothed them, nursed them, educated them, motivated them and hopefully, shown them a bit of affection along the way. I would argue that the people who help others achieve are just as "important". That's why we have to support parents in order to build a functioning, compassionate society.

In our culture, we don't value caring for children. Stay at home parents say somewhat bashfully, "oh, I just look after the kids". Childcare is outsourced to poorly paid nursery workers. In some cultures of the past and present, the Cult of the Mother reigned. I am not a big fan of the Catholic Church but a little bit of me does like people kneeling at the feet of the Madonna, breastfeeding Jesus. It is not to say that women should only be revered if and when they become mothers but why shouldn't we respect the love and sacrifice that parenting involves? It is as worth revering as anything else in my opinion.

So there are the mothers you look down on and pity because they are clearly boring, worthless people who couldn't get a proper job so end up living vicariously through their children. Then there are the mothers you hate because they are chatting and drinking lattes while their children run amok in the coffee shop. They clearly lack ambition and are just living off their wealthy partners when everyone else has to go to work.

So often, when I am pushing 40kg worth of children, shopping, pram and buggy board, through the driving rain, my hair wild, my glasses steamed up, I think, one day I would like not to be a figure of pity. I feel like saying, somewhat pointlessly, "I've actually got an MA. And I don't always look like this". And when people frown at me on the brief occasion I risk going into a coffee shop, mainlining caffeine after 4 hours sleep, I feel like saying, "I'm not relaxing, you know. I'm thinking, don't spill that milk...don't put crumbs down the sofa.... I wish I could just pop to the loo on my own...".

Being a mother is not a hobby or an occupation or an exalted existence. It is a mindset. It is a 24 hour responsibility. I guess I am saying don't presume to know or judge until you have walked in another person's shoes. I definitely used to be a motherist because I had no clue what parenting involved. While we as a society continue to devalue the contribution parents make, I will continue to doubt myself and feel like a second class citizen. But one day, I hope I will look back on the decisions I have made and feel that they were the right ones.