BIRTH WEEK: "It's totally OK to say you will see how you feel!" Dr Ruth MacQueen 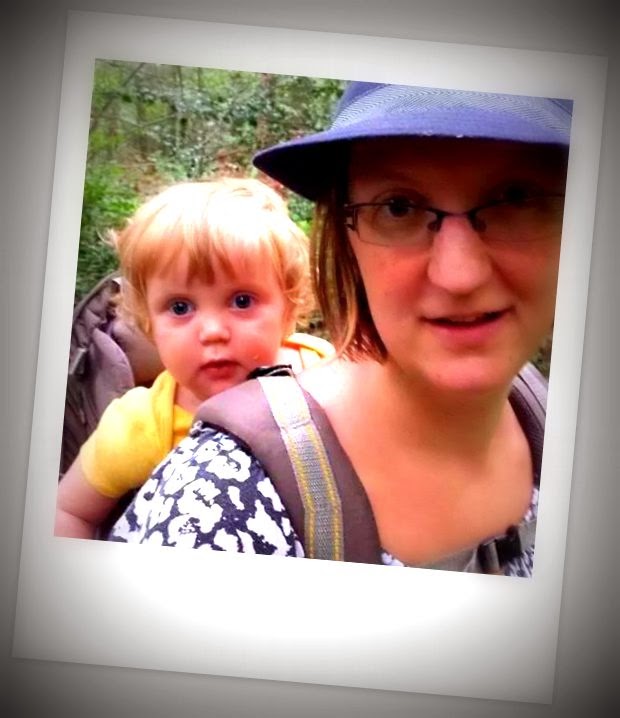 In this post we hear from Obstetrics & Gyaecology Registrar and mum of two, Dr Ruth-Anna Macqueen. While we all hope for a straightforward birth, our NHS doctors work incredibly hard to help women and babies get through difficult and complicated labours. Here Dr Macqueen tells us why it's good to be prepared but we also need to be able to go with flow if things don't pan out as we expect.

1. Why did you decide to specialise in obstetrics and gynaecology?

The first birth I was present for (as a medical student) was just amazing, I was blown away. I had this utterly surreal realisation that previously there had been four people in the room (woman, partner, midwife and me) and now there was a brand new person. Witnessing this had a huge impact, and I immediately started spending as much time as possible on Labour Ward. I was privileged to deliver my first few babies as a student, and I knew from then that it was what I wanted to specialise in. After my compulsory general medical and surgical jobs I also spent a year working in sexual health, which is closely linked in many ways, and I which also enjoyed hugely. Ultimately though, nothing beat that feeling of being able to help women at such a vulnerable, emotional and memorable moment of their lives.

As a feminist, I feel passionately about supporting women in the best way I can. Every day in obs & gynae we see issues related to violations of womens' rights, from women who have undergone FGM (sadly all too common) to domestic violence to threats to the provision of services for termination of pregnancy.

2. How do you feel about NHS maternity services at the moment - are you positive or are there specific issues placing a strain on the service?

I think there are lots of people doing fantastic things in NHS maternity services; however, nationally we have what can only be described as a crisis in midwifery staffing. As such, it's difficult for lots of our fantastic staff to provide the care they want to when they are overstretched and overworked every day. I also think the administrative burden on midwives is huge. Successive Governments seem determined to make midwives spend more time documenting and filling in in ever more tick-box papers, rather than caring for women. I am hugely positive about the people who are choosing to work in maternity services; however, the systems and staffing have a huge impact on staff morale, and ultimately also on care of women.

3. There is a real concern with women feeling subject to a "cascade of intervention" during childbirth. Do you feel this is accurate or a misrepresentation of the care women need?

We hear a lot about the cascade of interventions, but I have to say honestly it doesn't correlate well with what I see every day. It's also worth examining what we mean by the term. Some concerns are evidence-based, for example, we know that certain things are shown to help reduce the need for interventions (1:1 midwifery being probably the single most important). However, not all such concerns are backed up with evidence.

Indeed a recent meta-analysis looking at induction of labour (meta-analysis means an analysis of many many studies, in this case 157) showed that contrary to popular belief (and prior belief in midwifery and obstetric circles) women who have their labour induced actually had a lower chance of having a Caesarean.

Another common concern regards epidurals. There is evidence that old-style epidurals prolonged the "second stage" of labour (from full dilatation to birth) and increased the risk of instrumental delivery (unsurprisingly due to the strength of the effects). However, 'mobile' epidurals are now translating into day to day care and have lower associated risks. There is also a danger in conflating correlation with causation: as it would be totally unethical to randomly allocate women to getting an epidural or not, all we can really conclude is a correlation. It's also very likely that those women who are already having protracted, difficult labours (maybe with baby in a suboptimal position, for example) are more likely to opt for an epidural. I see many, many women with epidurals having vaginal deliveries.

4. NICE are now recommending a home birth for women from their second pregnancy. Do you think this is a positive step?

I've always worked in places which have been very supportive of home births, so I'm lucky to have "grown up" professionally with home birth always being on my radar, and I've got friends and colleagues who have had fantastic home births. It's good that NICE Guidelines are now encouraging all areas of the country to routinely offer home birth to women with uncomplicated pregnancies having their second or subsequent babies.

5. What do you think is the most important thing a woman can do to prepare herself for a positive birth experience?

I think women are right to think about the kind of birth they want to aim for. However, ultimately we as women only make up half of the process of labour; as individual as babies are once they are born, so are labours. I think that's a difficult concept for many of us in the 21st century to really come to terms with (myself included). I certainly encourage women (both those I'm caring for, and friends and family) to educate themselves about the process of labour and birth. Labour isn't an ideal time to be hearing new words and concepts for the first time.

But I would say try and keep an open mind. Be clear about what is really very important to you, but don't feel you have to have an opinion on everything in advance. It's totally OK to say you will see how you feel! Even if you have had a baby before, you haven't had THIS baby before... In terms of preparation, I think anything that helps a mother, and her birth partner, feel positive and upbeat about the process of having her baby can only be a good thing.

From a personal point of view I found some things I thought I would find really helpful in labour to be the opposite, and vice versa. And my second labour was totally different again (as is often the case).

Ruth-Anna Macqueen is a Speciality Trainee in Obstetrics and Gynaecology. Since gaining her MBBS (medical degree), along with a BSc in Medical Genetics, from St George's, University of London, Ruth-Anna has worked in and around East London and has been specialising in Obstetrics & Gynaecology since 2009. She is passionate about women's rights and serving women in one of the most deprived areas of the country. She is a Mum to two children under 4 and an active community volunteer and campaigner on issues relating to road safety, cycling and active travel. You can follow Ruth-Anna on Twitter @doctorrah.


Do you have any thoughts on this post? Did you find making a birthplan helpful or did you just go with the flow? Was a "mobile" epidural offered to you and if so, how did you find it? Would be great to hear your experiences!
Posted by Feminist Mum at 06:00