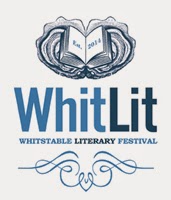 So I am set to make my first public appearance as "Feminist Mum" next weekend at Whitlit, Whitstable's one and only literary festival! Making Trouble: Feminism Now and Then will present a panel discussion considering what feminism means to us today, especially in the light of the recent revival in the movement's popularity. It is great to have Sue O'Sullivan and Lynne Segal, both feminist activists since the 1970s, alongside newer identifiers with feminism, myself and student, Greta Gilham Wright.

The event is being hosted by Sue O'Sullivan, editor of Spare Rib from 1979-1984, grassroots campaigner and member of the London Women's Liberation Workshop and Feminist Review Collective. To see Sue talking about her thoughts on the feminist movement including issues such as separatism, sex education and feminist campaigning, you can watch her interview as part of the Sisterhood and After: Oral History of the Women's Liberation Movement published by the British Library. Sue is currently an editor and works on issues affecting women with HIV and Aids.

Lynne Segal is Anniversary Professor of Psychology and Gender Studies at Birkbeck College, London. She describes her experiences of feminist activism and communal living in London in the 1970s in her book Making Trouble: Life and politics (2007). Straight Sex: Rethinking the politics of pleasure (1994) is being republished this year by Verso. To learn more about Lynne Segal and her views on contemporary feminism, see this interview with Rachel Cooke from the Guardian (February 2015).

Greta Gillham Wright is head of the feminist society at Simon Langton Girls School (@langtonfemsoc). The Langton Feminist Society is a student run organisation promoting the advocacy of women's rights and modern feminist issues. The society publishes it's own magazine, The F word, raising awareness about feminism and contemporary sexism.

Feminism is gaining huge momentum at a national level. The launch of the London Feminist Network in 2004 and the Women of the World Festival in 2010 has brought back radical feminist activism and we are seeing feminist campaigns such as No More Page 3, Everyday Sexism and Daughters of Eve featured in the national media and women's magazines and websites, including Marie Claire, Cosmopolitan, Glamour and Mumsnet. The demand for equal representation in Parliament is growing with the launch of the Women for Equality Party and the 50:50 Parliament Campaign.

We still face huge challenges, with the struggle for equality continuing in the workplace, in education, in our domestic lives and in access to public services and welfare. Across the globe, women are suffering from exploitation, violence, objectification and regressive legislation on family planning and abortion. Feminists and feminism are not universally welcomed as the answer, the US based website Women Against Feminism a case in point. However, I am hopeful my children will identify as feminists and, as a society in the UK at least, we will start to recognise feminism not as a movement but as an obvious starting point for achieving equality.

I'm looking forward to a really interesting discussion on Saturday and hope to see those of you based anywhere near Kent at the event!
Posted by Feminist Mum at 22:10