Thinking positive: 5 good news stories that you might have forgotten! 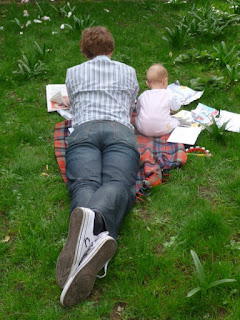 On the 10th anniversary of the July bombings in London, it may seem odd to talk about positive news. This morning I turned on the radio to graphic descriptions of injured people being rescued from the awful events of 7th July 2005 and dire warnings about the severe terror threat we continue to live with. This week we are also regaled with details of the Chancellor's budget, called the first true blue budget in decades, in which politicians with trust funds cut welfare to families on the poverty line.

But before I plummet into depression, I remind myself that there has been some good news lately. News that I want to highlight and celebrate.

1. Ireland and the USA have voted to legalise gay marriage


On the civil rights front, this is MASSIVE. It has also come as a huge surprise (to me if not anyone else). Both these countries share a jovial, generous national character combined with a history of oppression and abuse. Make no mistake, the legalisation of gay marriage is not part of a wider burgeoning liberalism or decline in religious conservatism.  Attitudes to abortion appear to be regressing not progressing, at least in the US. So how come, suddenly, we see a huge leap forward in rights for gay people? Is this at last a cultural shift which has influenced legislation, the normalisation of gay relationships on telly and in the media developing a tolerance where previously there was disgust? Whatever the reason, it is a fantastic step forward and means that our kids will grow up in a more tolerant, equal society.

2. China has pledged new climate change targets, likely before the deadline of 2030


For the first time, the world's largest emitter of greenhouse gases, has pledged to make significant cuts to its carbon dioxide emissions and use of fossil fuels. Afflicted by chronic air pollution due to their reliance on coal, there seems to have been a real change of heart in China. In a statement submitted to the UN, China states that it aims to
China is the first developed country to set a total emissions target and this places pressure on other big players to submit detailed national plans. While China is still a huge polluter and there is always the "too little, too late" argument from climate change scientists, the change in attitude is hugely significant and will hopefully contribute to global action.

If, like me, you have long been concerned about climate change, you might have been burdened by a constant sense of foreboding, "the end is nigh"...So any hope on this front is very welcome!


Although research into virotherapy has been around for a while, for the first time, scientists have announced that virotherapy can improve the survival rates of patients suffering from advanced stages of cancer. During the trials in the USA, patients with advanced skin cancer had regular injections of a genetically modified version of the herpes virus called "T-VEC" (Guardian May 2015). Virotherapy has three key benefits;
The NHS and Cancer Research UK are cautiously optimistic and, while this is not a "cure", potentially combining old and new immunotherapies will have positive outcomes for more patients.


For a while it looked like the head of FIFA's power was irrefutable. No matter what was thrown at him, Sepp was immune, invincible. Accountability was a joke.  But then, the combined forces of the FBI, Swiss authorities, European football associations and major FIFA sponsors became too much and Sepp resigned only a few days after his re-election.

Obviously Blatter is still fiercely denying all accusations against him and he is still wielding power until his successor takes charge...The Independent is even reporting that he is planning to stand for re-election. But at least he did have to accept that his position is untenable....for a bit.


Continuing the football theme, the 2015 Women's World Cup has been an exciting development in world football. Ok, it's not as fast paced as men's football. They only got to play on artificial turf due to blatant discrimination from FIFA. England only made it to the semi-final. BUT the England women's team did a hell of a lot better than the England men's team did last year! It has still been hugely inspiring for girls and young women. It has shown boys and girls that football is for everyone.

Has it been a game changer? Have diehard football fans come to recognise and appreciate the women's game? According to the BBC, England's quarter-final match was seen by an average audience of 1.7 million, with a 32% share of the audience (BBC News). "The feedback has been phenomenal," says Jacqui Oatley, the BBC's lead presenter for the Women's World Cup.  "It's not only been from regular women's football watchers, rather from football fans and others turning a mere passing interest into genuine enthusiasm" (Football365).

So yes, we still have the Conservatives and Isis and everything else destructive in the world but sometimes there are glimmers of hope that are worth remembering. Endless stories of misery and oppression cause defeatism and paralysis. If you want a better world for your kids and everyone else's too, it's good to be positive now and again. It can motivate you to believe that change is possible!


Next time you feel in need of some positivity, check out Positive News.