Kids' TV and the token female 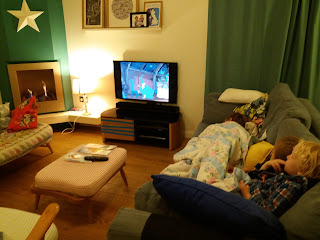 In 2014, during what could be called a "gender balance uproar", the BBC had to confess that maybe all male panel shows were not all that great in the 21st century. Y'know from a diversity perspective. So we saw Sue Perkins, Jo Brand or Sarah Millican appear suddenly on every single show from QI to Have I got News for You?, their wit and truisms reduced to a tick next to "woman" on some BBC official's clipboard. Or maybe "comedienne".

If you are lucky enough to get to watch many hours of kids TV, this is also a familiar set up. Think Xuli in Go Jetters, Lily in Peter Rabbit, Skye in Nick Jr's Paw Patrol, dressed all in pink to make it really, really clear they are girl characters. They're part of the team and everything, but also the only girl and never, ever the leader. (OK, I'll admit that Octonauts has two female characters but they're basically locked in the Octopod in support roles by patronising Captain Barnacles).

In a speech at the Glamour Woman of the Year Awards 2017, Reese Witherspoon asked women to look out for that moment in films and TV when, in a crisis, the woman turns to the man and cries "But what we shall do??" (watch it here) Yes, it's true, once you look for it, it's everywhere. Lily says it A LOT to Peter Rabbit. To empowered girls with younger brothers to inspire and delegate to, they know this is not how gender relations work. Or girls who see their empowered mothers in modern, equal relationships. For other girls and, of course, boys, maybe they learn to think that girls can't be in charge. They don't provide the solutions. They're not really meant to be there.

Jo Brand's appearance on Have I got News for You? (watch it here) reminded grown ups why actually women do need to be part of the conversation for more reasons than that noose around TV executives' necks, boring old equality. To be funny, yes, but also to speak the truth. To correct men when they get it wrong. To say, what every woman at home watching is thinking. Just hang on a second there, matey.
Posted by Feminist Mum at 07:29